ANTIGUA (June 27, 2019) - Five Caribbean countries and territories were recognized for their early achievement of the ambitious marine protection target they committed to when joining the Caribbean Challenge Initiative (CCI).

The CCI 20-by-20 Conservation Goal challenges members to conserve and manage at least 20 percent of their marine and coastal environment by 2020.

The Dominican Republic led the list of early achievers with approximately 75 percent of its marine area under protection, followed by St. Kitts and Nevis (50 percent), the U.S. Virgin Islands (44 percent), Puerto Rico (27 percent), and Haiti (23 percent).

"It is a momentous occasion to reach a conservation goal that will benefit the ocean and communities in the Caribbean for generations to come," said St. Lucia-based CCI Envoy Karolin Troubetzkoy, who honored the early achievers at a ceremony in Antigua last week.

The CCI is an innovative platform uniting government, the private sector and partners - such as funding agencies and NGOs - in a collaborative movement to conserve and sustainably manage the Caribbean's marine and coastal environments.

Launched in 2008, the CCI aims to incentivize Caribbean governments to meet their marine conservation objectives and to support them by catalyzing new funding and accelerating meaningful action. It also works to create more prosperous and stable economies - achieved through sustainable development and growth - to help ensure a more secure future for the entire region.

In congratulating the CCI "Early Achievers", Troubetzkoy noted that "recognizing these nations' successes in marine and coastal conservation is an important message to the other CCI members that getting to the 20 percent target by 2020 is not an impossible goal." She hoped to be celebrating with the remaining CCI destinations next year.

In addition to the awardees, four other Caribbean countries and territories were celebrated for taking steps to propose marine areas that will more than double their current levels of protection. These included the Bahamas, the British Virgin Islands, Grenada and St. Lucia. The Bahamas recently announced that it will declare an additional eight-plus million acres of marine protection, which will more than double its area of protection and meet the CCI 20-by-20 target ahead of the 2020 deadline.

Click here to explore a Story Map developed by The Nature Conservancy to track each destination's achievement against the 20-by-20 goal. 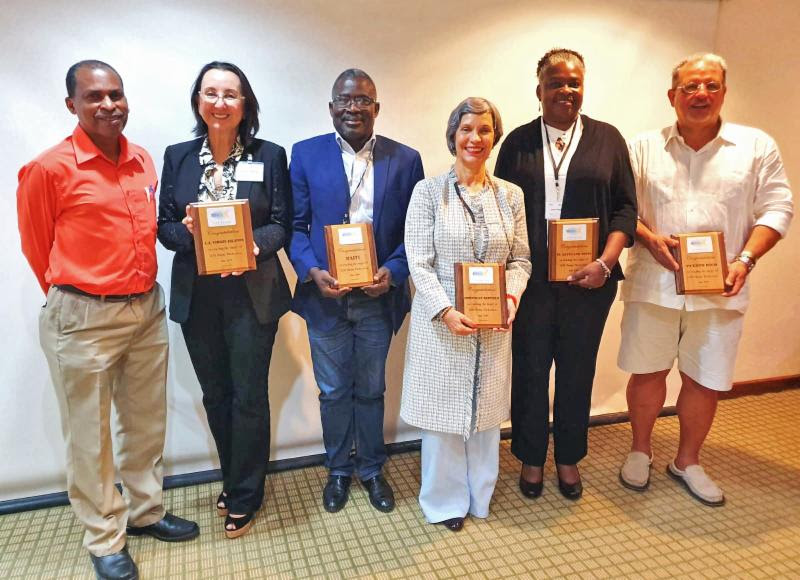 About the Caribbean Challenge Initiative (CCI)

The Caribbean Challenge Initiative (CCI) is a coalition of governments, companies and partners working together to accelerate action on the marine and coastal environment.

Founded in 2008 by a group of Caribbean governments eager to enhance the conservation of their marine and coastal resources, the CCI has since grown to include private sector membership and garner over US$75 million in funding commitments. CCI governments and territories signed a CCI Leaders Declaration in May 2013 committing them to effectively conserve 20 percent of their marine and coastal resources by 2020. CCI companies committed to changing business practices and supporting the conservation actions of the CCI Leaders Declaration by endorsing the CCI Corporate Compact.